The joint Hydrographic survey which was conducted by the Indian Navy Hydrographic Department and Sri Lanka Navy Hydrographic Service, extending from Colombo to Sangamankanda was successfully completed and two fair sheets were officially handed over to the Commander of the Navy today (12 May).

Accordingly, the Commanding Officer of the Indian Naval Survey Ship INS Dharshak, Captain Peush Pawsey handed over the fair sheets of “Colombo to Sangamankanda” and “Weligama Bay” to the Commander of the Navy, Vice Admiral R Wijegunaratne at an official function held at the Naval Headquarters.

This is the first ever joint survey conducted with the assistance of the Indian Navy Hydrographic Department. The survey commenced on 29th March 2017 and both hydrographers from Sri Lanka Navy and Indian Navy managed to complete the survey within a record time of 06 weeks. This covers approximately 41,600 square kilometres (12,150 square nautical miles) of area.

As Sri Lanka is a signatory state of SOLAS (Safety of Life at Sea) Convention, the country is obliged to provide and make available updated hydrographic information to the mariners.

The function was attended by the Chief Hydrographer of the Navy Rear Admiral Sisira Jayakody, Defence Advisor to the High Commission of India in Colombo Captain Ashok Rao and officials from the INS ‘Darshak’. 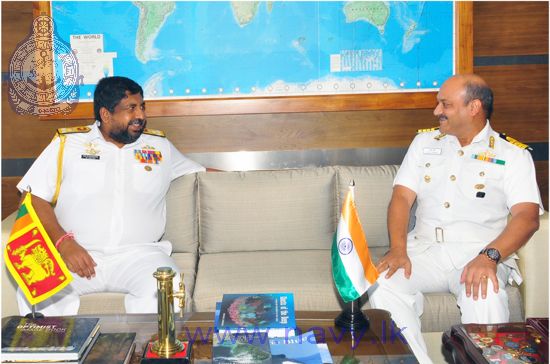 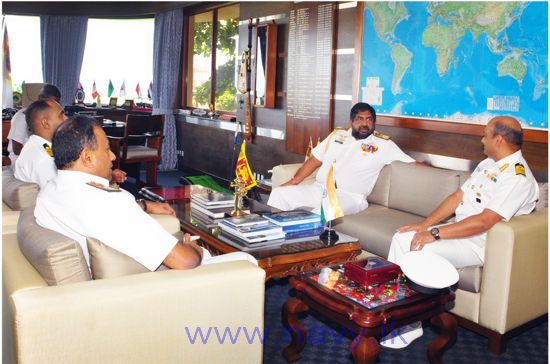 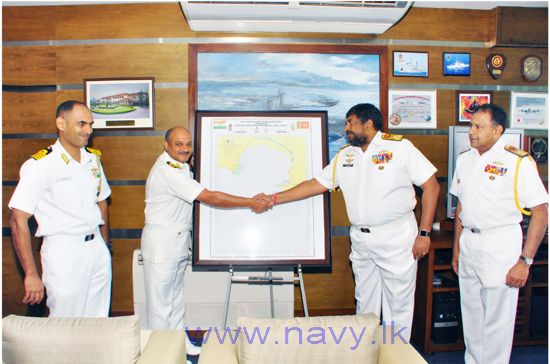 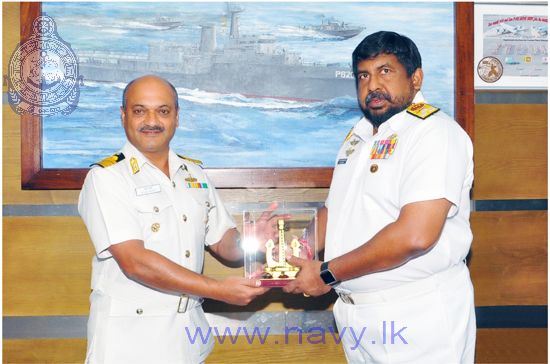 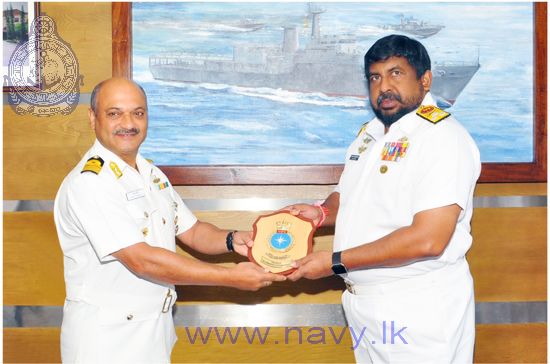 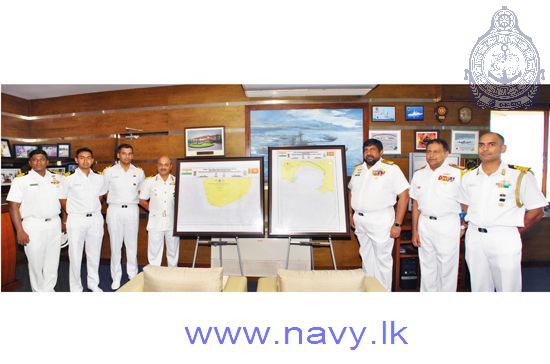