20th meeting of the North Indian Ocean Hydrographic Commission (NIOHC) was conducted from 13 to 15 July 2021 on VTC mode under the Chairmanship of Rear Admiral YN Jayarathna, Chief Hydrographer of the Sri Lanka Navy. On successful completion of the plenary, Vice Admiral Agung Prasetiawan of Indonesia took over as the new Chair of the NIOHC.

Accordingly, on behalf of the outgoing Chair, flag of the NIOHC was officially handed over to the new Chair by Minister Counsellor (Defence) to the Embassy of Sri Lanka in Jakartha, Commodore Nalindra Jayasinghe today. During the event, Commodore Jayasinghe has expressed gratitude for the previous Capacity Building opportunities extended by Indonesia in the field of Hydrography and has also discussed opportunities in strengthening bilateral Hydrographic relations between the two counties. 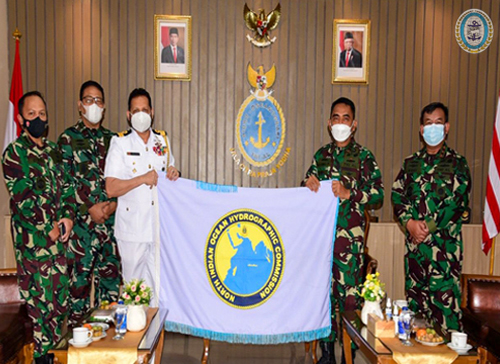 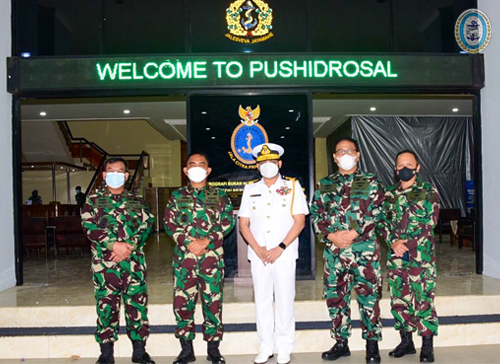 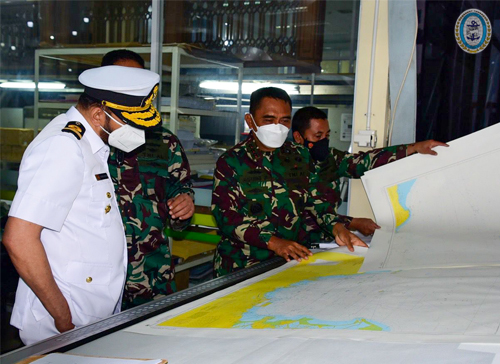